Get A Quote
Mobile App

Mobile app development is becoming more prominent day by day. As our day to day work depends on smart phones and its applications. Whether it’s checking emails,updating yourself with news headlines, shopping or using social networking sites for entertainment purposes. This is one of the finest and easiest methods to reach more audiences. Whether we talk about any shopping company, study points or any entertainment agency.

Every company has to have a mobile application which will help them in getting more customers for their business. Due to this scenario, the job of a mobile developer is also in demand by the companies. Many are doing it under a company or they are choosing this profile as a freelancer. When it comes to development there are several tools and cross platforms to develop these applications depending on the need and choices. So for a beginner it is always difficult to decide which one to choose.

Here we have 7 tools to develop mobile applications:

Now let’s have a quick review of these apps with their features and languages used by these application development tools. 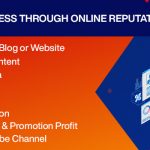